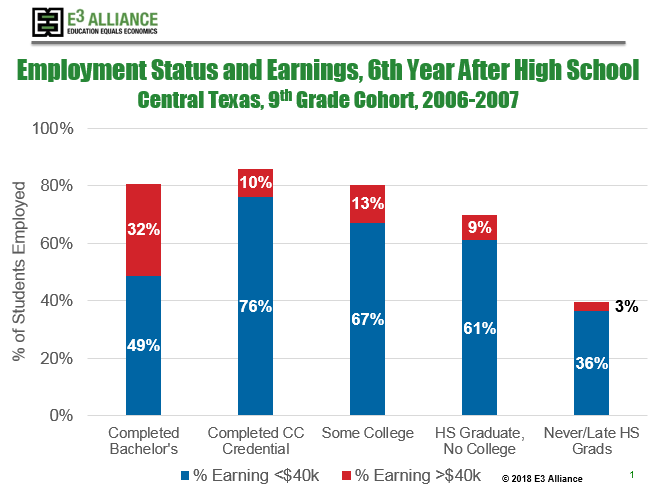 The data comes from unemployment records from the Texas Workforce Commission, which allows us to explore the employment and earnings of people who are employed in Texas, but does not contain information for individuals who are self-employed or employed outside the state.  Thus, overall employment rates are understated as we are not able to track employment outside of the state of Texas, nor are we able to track jobs that are not typically reported on labor records (working as an independent contractor, driving for Lyft, etc.).

Keep in mind that these are early career earnings – variation in earnings between these groups could compound or dissipate over time.  Additionally, there is a great deal of variation in program of study within each of these educational attainment categories.  People with bachelor’s degrees could have majored in English or engineering, and people with community college credentials could have an applied associate’s degree in a high paying healthcare field, or a short-term certificate.  Future research could explore long-term earnings patterns, as well as patterns within educational attainment categories. 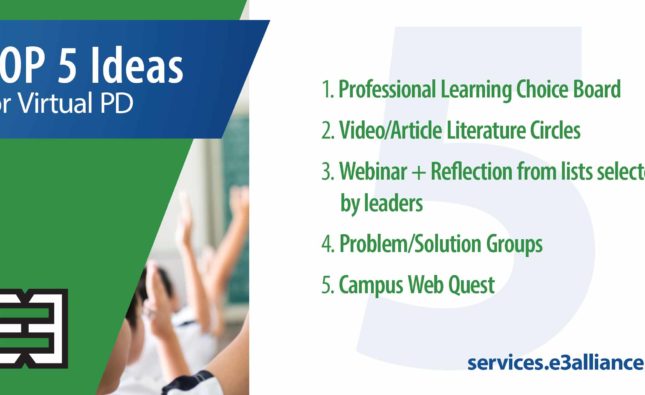 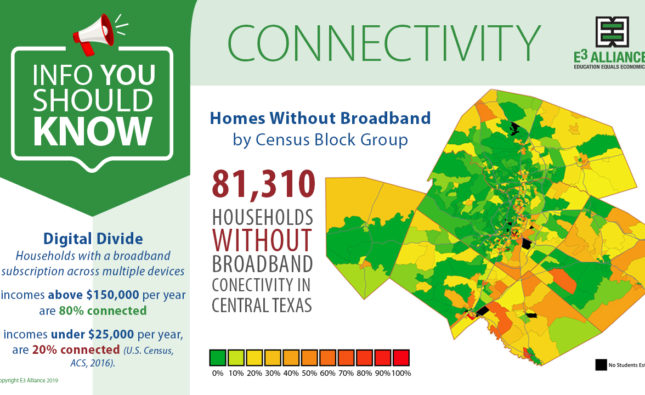 Info You Should Know: Connectivity & the Digital Divide