The community in Central Texas came together to show their support for school attendance!
Thank you all who joined us for the 2015 Fall Attendance Rally on the Terrace of the Long Center for the Performing Arts on Wednesday, September 2, 2015 at 8:30 a.m. to show your support for the importance of starting the school year strong and getting the message out to the community that Missing School Matters!
Superintendents Jodi Duron of Elgin ISD, Kevin Brackmeyer of Manor ISD, Paul Cruz of Austin ISD, Kelly Crook of Del Valle ISD, Mark Eads of San Marcos ISD, Kevin Murray of Bastrop ISD, and representatives from school districts from across the region, were joined by Austin Mayor Steve Adler, Ashton Cumberbatch, the Executive Director of Seton Foundations, and many partners and leaders from Central Texas to celebrate the start of the school year and to keep the focus on the importance of attendance.  The award winning drum line WAMM Nation from Manor ISD knocked it out of the park with energizing, high-spirited performances.  Those gathered were also able to serenade superintendent Kevin Brackmeyer and Ashton Cumberbatch with a heartfelt and rousing happy birthday song!
The rally reminded us that absenteeism is still a challenge for our region. There are 2.4 million school absences in Central Texas every year, and it costs our school districts $38 per student absence per day.  That number adds up very quickly to the cost of over $90 million dollars annually to our region.  Working together since 2012, our community has been collaborating through the Missing School Matters campaign to reduce absences in our region, and so far $20 million dollars has been returned to the school districts.   Those assembled at the attendance rally committed to reducing absences by 3 days per student this year academic, to bring $34 million dollars back to our districts!
As it was discussed at the rally, the financial cost to our region is only one of the direct results of student absenteeism.  Students who miss school, also miss out on important learning opportunities; they miss the chance to nurture and grow crucial relationships with peers and adults, and they miss out on developing the important habit of daily attendance that becomes the foundation of the discipline they will need for higher education and workforce success.   If students miss school, they miss out!
There were many memorable moments from the 2015 Fall Attendance Rally, here are just a few: 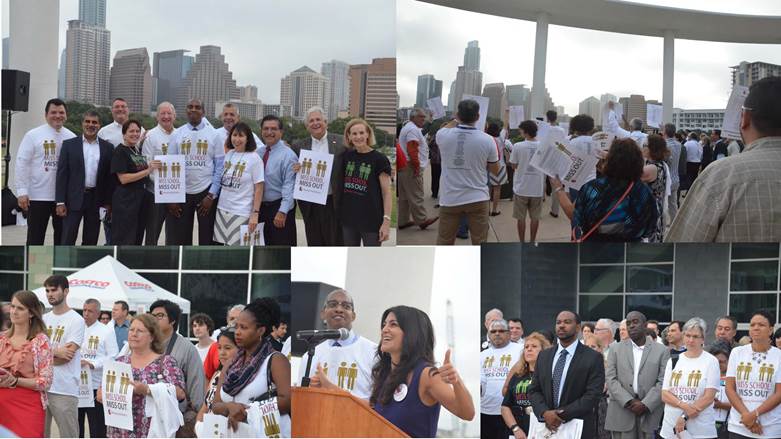 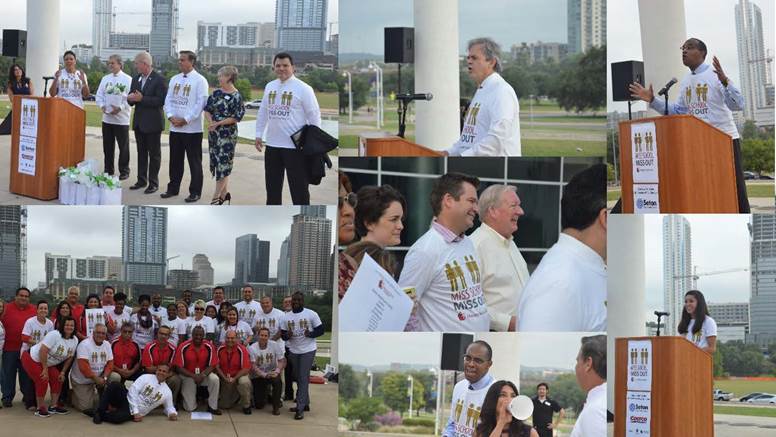 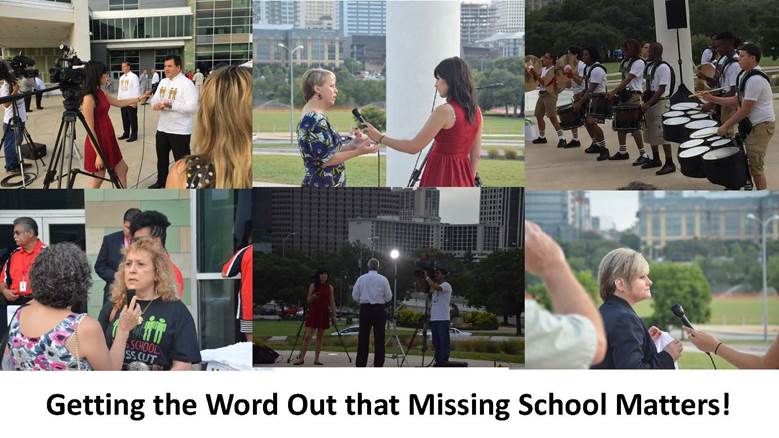 There was strong media coverage of the Attendance rally this year; our media partners were:

Leading up to the rally, we also had unprecedented media coverage for two weeks. KXAN News and E3 Alliance partnered to bring daily live in-studio interviews that were positive, data-focused, and provided a deeper review of the important issues in education in Central Texas.  The coverage culminated in interviews on the importance of attendance, the cost of absenteeism, and a push for attendance at the rally.  Here are the links to those interviews:

Wishing everyone a wonderful start to the new school year!  Here is to starting school strong. 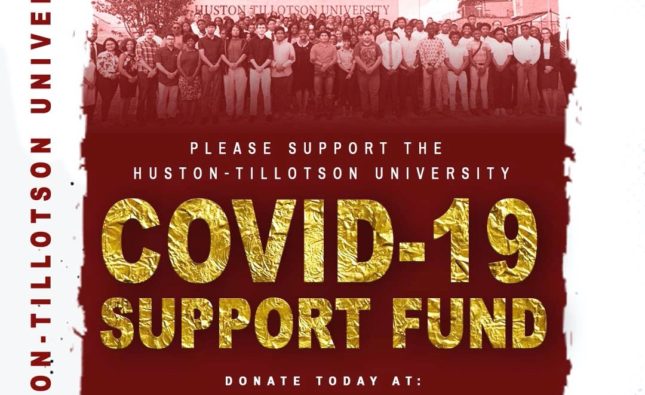